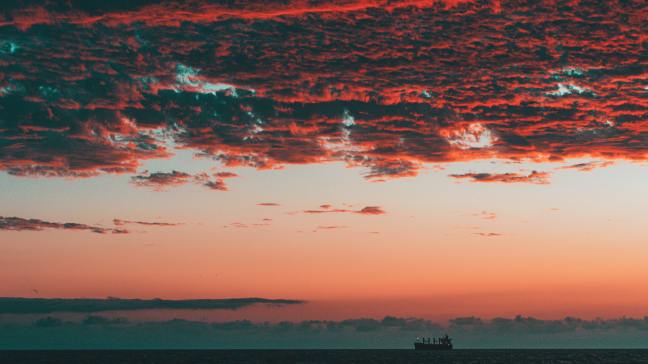 This boat has been washed onto the shore again
This time riddled with more holes
If only the waves had handled this vessel with care
If only the tide knew the time in which enough was enough and brought it back in
Why has the very wood and fine details corroded?
Why has the once shiny parts filled with rust?
Down came the sails
Down came the white sheet surrendering souls
Up rose the sun burning memories into sacred crevices, like temples
Up went the cargo and every other baggage the vessel held
Forward went the feather-like vessel
Forward went the heavy mind on board
Back went the feather-like vessel
Back went the heavy mind on board
Until it buried its hull into the sand
And the anchor was lowered
Like tons of hope rooting itself within
Prayers that it keeps the vessel close
Until its time to brave the deep again
And the sky’s overcast; red in the morn
Like flames in the heavens
Prayers to see the captain in one piece
Yes riddled with holes
Yes broken to the bone
Yes torn at the seams
Yes older
Twenty Seven years later
And this vessel is still fighting the Deep
Twenty Seven years
And the journey is nowhere near over.

I have often written about being at sea and or washed up onto the shore. It is a series of emotion that has followed me for many years. Please see below expressions to follow that adventure…

Until the next poem in the series, I say thank you for the journey so far. What a beautiful space we’ve created here.

and as always… enjoy x

3 thoughts on “Fighting the Deep by Eli Oko”