A man walks down the street and bang he’s gone
Questions raised: Who is he? Was he meant to die?
A big man leaving his family home at dawn
No questions raised just one simple word said, goodbye

Did they know this was the final farewell?
Was hugs exchanged and hearts poured?
Or did they sit around waiting for the sound of the bell
With the door so safely locked and handles secured

Did the forbidden tears fall down to the ground?
Did the neighbourhood hear a mother’s heart wrenching cries?
Did she seek the family album where his face could be found?
Wanting her son to come back; her most sacred possessed prize

Bolts unlocked and front doors wide open
The once clear street surrounded by strangers
This ain’t no thriller; ain’t no science fiction
No this ain’t no movie and there are no actors

The tears fall slowly down into the soil stained crimson red
Like the thundering rain in the dark monsoon
For this young poor soul has dreadfully bled
Life cut so short; gone way too soon

A man walks down the street and bang he is dead
Questions raised: How many more lives must be taken before peace is restored?
No wise words are spoken and no good news is spread
Only the young screaming
‘this game is dead and now we are bored’ 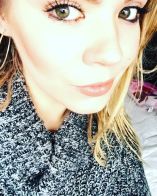